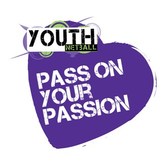 Pass on your Passion
How many of you are involved in volunteering? How many of you love netball? How many of you want to get recognised?
Brought to you by the England Netball Youth Advisory Group the 'Pass on your Passion' programme aims to recognise the countless number of young volunteers in netball. It aims to provide you with opportunities, ideas and rewards to help you on your leadership and volunteering journey. No matter what your role in netball, we want you to Get Involved and Get Recognised. It's time to share your passion with other young people, so register now and get volunteering!

Who is it for?
It is for every young person aged 12 - 25 that is actively volunteering in netball whether that's as a coach, official, committee member, event helper, school team helper...the list is endless!

What are the benefits?
You'll get rewards once you've completed 10, 25, 50, 100, 200 and 400 voluntary hours in netball:
Not only will you get rewarded for the hours you complete, but just by registering as a member of 'Pass on you Passion' you'll get access to:
How does it work?
Once you've registered you will receive your welcome pack and logbook. Just log your voluntary netball hours and send back the slips to England Netball to receive your rewards in the post! It's as simple as that!

How do I register?
Click here to register yourself 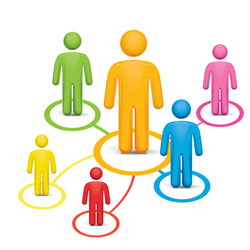 Club Volunteer Co-ordinator
Recruiting and retaining volunteers is a difficult task but it is vital for the future of netball clubs. People who emerge as volunteers, from coaches, officials, chairs, secretaries and treasurers to kit washers and refreshment makers, are the lifeblood of a netball club, yet all too often they are taken for granted.

Increasingly, as people's time becomes more valuable it is important that clubs consider the whole area of human resource development and how they can recruit, support, recognise and reward their most valuable resource - volunteers.

If you would like to register as a club volunteer coordinator and receive your FREE support package, please complete download the below form and email it to cvc@englandnetball.co.uk or call on 01462 618 553 and we will take your details over the phone.

If you would like more information about the role of Club Volunteer Coordinator, or the support package, please contact cvc@englandnetball.co.uk.

Goalden Globes
Each year England Netball hosts the ‘Goalden Globe Awards’. These are a way of thanking the tireless efforts of volunteers who work so hard to make netball happen in the counties. Awards include Grassroots Coach, Grassroots Umpire, Muriel McNally, Mary Bulloch Administrator, Teacher, Young Volunteer, Outstanding Netball Club and Unsung Hero. Anyone affiliated to England Netball is eligible for nomination and a panel will select the winners of the regional awards which are presented in June. Winners of the Regional Awards will then go forward to the national awards evening which takes place in September.

Nominations have now closed for the 2014 Goalden Globe awards. Check back again in February 2015 to find out more about next years awards!